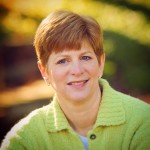 Recent studies have shown incredible differences in sleep across cultures. Studies that we have conducted have found major differences in what time young children go to bed, where they sleep, and how much overall sleep they get. For example, young children in places like Japan and Korea are going to bed almost two hours later than they do in the United States or Australia. The majority of little ones in Asia share a room or a bed with their parents, where few do so in the United Kingdom or New Zealand. Interestingly what time little ones wake up in the morning and how much they nap during the day is quite similar in infants and toddlers around the world. Not only are there are major differences in sleep patterns between countries, but there are also differences within cultures. For example, in the United States, babies in African-American families are much more likely to share a bed with their parents than babies in Caucasian families.

Is it okay to cosleep with my baby?

What are some of the benefits for my child of getting enough sleep?

Warning: count(): Parameter must be an array or an object that implements Countable in /home/customer/www/babysleep.com/public_html/wp-content/themes/babysleep/functions.php on line 2393
Dr Jodi Mindell

My toddler keeps throwing his lovey out of the crib at bedtime and then screaming for it. What should I do?

Where should I nurse my baby at bedtime?

What are some of the benefits for my child of getting enough sleep?

When should I wean my child’s pacifier?