What should we do if one of our twins cries while the other is sleeping? 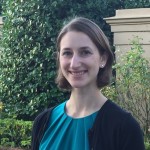 What should we do if one of our twins cries while the other is sleeping?

This is a common question from parents of twins. The good news is that twins who start off sleeping in the same room usually get used to each other’s noises and sounds, so they are often able to sleep through their sibling’s tears. This is also generally the case for other room sharers, such as non-twin siblings. Because they have learned to adjust to each other’s noises, there is usually no need to worry about waking the other baby. You often do not even need to leave the room to console the twin who is crying. The sleeping twin may wake up briefly, but again, they are usually able to get back to sleep since they are used to their sibling’s sounds.

However, there are times when a baby might struggle to ignore his sibling’s cries, such as during sleep training. If one twin struggles with sleep more than the other, it is sometimes best to have the good sleeper spend a few nights in another setting while his sibling is working through sleep training. Once they are both sleep-trained, they should be able to be back in the room together. Not all twins need to be separated during sleep training, though. Although they may wake each other up a few times, this usually stops as training progresses.

Should I use a baby monitor?

Warning: count(): Parameter must be an array or an object that implements Countable in /home/customer/www/babysleep.com/public_html/wp-content/themes/babysleep/functions.php on line 2393
Dr Sonia Rubens

Is it harmful to let him cry to sleep?

How do I help her sleep when she is teething?

How common are sleep terrors?