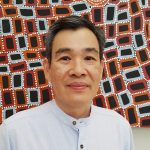 Obstructive sleep apnea (OSA) usually occurs in children due to large tonsils and large adenoids. These cause intermittent complete or partial obstruction (blockage) of the upper airway during sleep. The child usually snores at some stage of sleep most nights and parents might notice that their child has pauses in breathing followed by a gasp during sleep. The child tries to breathe but there is little or no airflow through the nose and mouth.

Central sleep apnea (CSA) occurs when the child seems to forget to breathe. There is no effort to breathe and therefore no airflow. In CSA, the brain typically does not send a message to the body to breathe. These infants are usually quiet in their breathing. CSA is common in infants especially if they are premature.

Additionally, some babies have something called periodic breathing, where there are repetitive pauses in breathing followed by increasing efforts followed by yet another pause. This pattern can repeat for many minutes during sleep. Babies (and others) living in high altitudes often have periodic breathing (PB). With maturity, PB usually self-resolves. Sometimes supplemental oxygen is needed.

What are some conditions, or risk factors, that make it more likely for my child to have obstructive sleep apnea?

Can babies have obstructive sleep apnea? What are some signs I should look out for?

Warning: count(): Parameter must be an array or an object that implements Countable in /home/customer/www/babysleep.com/public_html/wp-content/themes/babysleep/functions.php on line 2393
Dr. Kimberly Kirkpatrick Justice

What should I do when my baby misses a nap?

How can I help my baby sleep through the night?