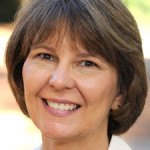 Gastroesophageal Reflux (GER) is a condition in which stomach contents rise back up into the esophagus. There is a small ring of muscle at the junction of the esophagus and the stomach called the lower esophageal sphincter. This valve is normally closed, but opens to allow swallowed food to enter from the esophagus into the stomach. In infants it may not be fully developed, or it may open at the wrong time, allowing stomach contents back into the esophagus. This condition is common and usually mild in infants, causing some spit-ups but no serious symptoms, and gets better as the baby matures.

When babies are upright, there may be fewer symptoms by virtue of the action of gravity keeping the stomach contents down. When babies are horizontal (flat), as when sleeping, stomach fluids may slip more easily into the esophagus. If the stomach fluid is especially acidic, it is possible that a baby with GER could have burning pain. That could potentially cause the baby to have poor sleep secondary to the discomfort. Know that the American Academy of Pediatrics (AAP) recommends that all babies, even with GER, be placed flat on their backs to sleep.

If you suspect your baby might have GER, talk to your baby’s doctor or healthcare provider. There are both non-medical and medical interventions available that might help.

What do I do if I think my baby is sleeping too much?

Warning: count(): Parameter must be an array or an object that implements Countable in /home/customer/www/babysleep.com/public_html/wp-content/themes/babysleep/functions.php on line 2393
Dr Melisa Moore

Can using a pacifier affect her teeth?

Should I worry if my baby rolls over?

My child has autism. What can I expect about her sleep?

Is a baby sleep positioner helpful? Why are they used?