What is Ferber sleep training? 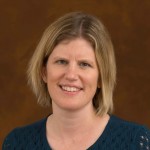 What is Ferber sleep training?

The Ferber method is a type of modified (or graduated) extinction approach to sleep training.

In the case of bedtime, extinction (unmodified) is simply a fancy way of saying “ignoring a specific behavior (like crying) until it stops.” It does not mean ignoring your child as a whole. In fact, even if you are ignoring a behavior (such as crying) you absolutely want to make sure that your child is safe by monitoring him. The idea is that if your little one does something you would like him to do less often (or maybe even not at all) – say, cry at bedtime – and he gets attention for it (such as going in and picking him up), then ignoring the behavior (in this case, crying at bedtime in this case) will help stop it. Modified (or graduated) extinction in this case means that you are not completely ignoring the behavior; instead, you check on your little one if or when he cries at bedtime at specific times, in a planned way.

This approach was made popular by pediatrician Richard Ferber in his 1985 book, Solve Your Child’s Sleep Problems. A revised version of his book was published in 2006. Similar to other sleep training approaches, the Ferber method involves putting a baby to bed awake following a calming bedtime routine. Instead of staying out of the room until baby falls asleep (unmodified extinction), parents are instructed to go back to into the room and check on baby if he/she is crying. Ferber instructs parents to provide comfort during these checks (for example, patting or using soothing words) but not to feed or pick up your baby. The amount of time between checks gradually increases until your baby falls asleep and increases on subsequent nights.

The following is an example of what a Ferber approach might look like, though Dr. Ferber does counsel flexibility. Checks (going in to soothe your little one) should last 1 to 2 minutes.

Night 1: Check after 3 minutes; then 5 minutes; then 7 minutes. If baby is still not asleep, continue to check at 7-minute increments. If baby wakes and cries later in the night, start again with 3 minutes, followed by 5, then 7.

Continue this pattern for subsequent nights if needed.

Many studies have found modified extinction approaches, such as the Ferber method, to be effective at teaching babies to put themselves to sleep at bedtime and back to sleep during the night. However, other approaches, such as unmodified extinction, also have a strong evidence-base. Unmodified extinction in the context of sleep training typically entails putting your baby down awake after a calming bedtime routine, leaving the room, and allowing a baby to remain in the room without patting or soothing your baby while ensuring the baby is safe. Further, there is some evidence for strategies in which a parent stays in the room while baby falls asleep, though these approaches have less evidence and tend to take longer.

So, how do you decide whether the Ferber method is the right approach for your family? As long as your little one ultimately puts him or herself to sleep, it probably does not matter if, or how often, you check on her. If brief checks seem to help your baby calm down and settle to sleep, the Ferber method or some variation of unmodified extinction may be a good fit. If, however, your little one does not seem to calm during checks, or cries even harder when you leave the room after checks, unmodified extinction (no checks) or another type of approach may work better.

Can you explain sleep cycles?

My baby won’t sleep – what am I doing wrong?

Warning: count(): Parameter must be an array or an object that implements Countable in /home/customer/www/babysleep.com/public_html/wp-content/themes/babysleep/functions.php on line 2393
Dr Michael Gradisar

How can I help him nap at home like at daycare?

How long is it OK before I check on her at night?

How much should my preschooler be sleeping?