What are some baby sleep myths? 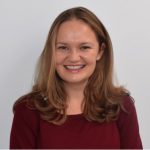 What are some baby sleep myths?

Parents are sometimes concerned that if they sleep train their infants there will be long-term negative consequences. However, there does not seem to be evidence to support this claim. For example, in one study parents were either asked to put their infants down to sleep using training techniques (graduated extinction or bedtime fading). In another group, they were given sleep education, but allowed to put their infants to bed how they liked. The sleep training techniques were found to be associated with the children drifting off more quickly. The families were contacted a year later and it was found that for the sleep training groups as compared to the sleep education group, attachment with parents was the same and these children did not show more behavioral and emotional problems. Despite largely reassuring findings in this field, future studies should continue to examine parents’ questions and concerns.

If your baby wakes up more often at night than other babies, it means that you have done something wrong

It is important to realize that a waking baby is often a good sign! When babies are very young they need to wake up to feed during the night in order to stay hydrated and grow strong. What’s more, there are a number of reasons why one baby may wake up more often during the night than another. In one study, a group of researchers at University College London asked the parents of twins aged 15-months-old about their infants’ sleep. Parents’ answers indicated that twins within a family had almost the same bedtimes, regardless of whether they were identical or non-identical. But that is where the similarity ended and differences between identical and non-identical twins emerged. Identical twins were more similar to one another than non-identical twins for all other aspects of sleep. This included the time they woke up, how long they slept at night, and the duration of their naps, and whether their sleep was disturbed. Thus, it seems that our genes influence sleep. This means that if a baby wakes up a lot during the night it does not necessarily reflect parenting choices. Instead, caregivers might have a very different starting point when dealing with infant sleep. In other words, some babies may simply be better sleepers than others. However, this is not to say that things will not change over time or that behavioral sleep techniques will not be helpful.

As long as a parent gets enough sleep at night, being woken up by a baby is not a problem.

Parents of newborns sometimes manage to get a reasonably long kip (or, bit of sleep). However, they might wonder why they might still feel terrible the next day. The answer may be that being repeatedly woken is as problematic as getting too little sleep in terms of its impact on mood and attention. In one study, participants were assigned to one of two groups. In one group, sleep was intentionally restricted, or limited, in that participants were asked to sleep for no longer than four hours during the night. For the other group, a night waking group, they were allowed to spend eight hours in bed, but were interrupted four times – every 90 minutes – and asked to complete a 10-minute task before returning to sleep (basically the same as having to respond to a baby several times during the night). They found that both groups had problems the next day – poorer attention as well as greater depression and fatigue. What’s more, there were no differences between those who had experienced very little sleep and those who got enough sleep but were repeatedly woken. This helps to explain why new parents sometimes do not feel their best, even if they manage to get 8 hours of sleep at night. But, to all the parents of newborns out there: hang in there! It will get better!

My child has developmental delays. What should I know about her sleep?

Can you explain sleep cycles?

How do I manage my newborn’s night wakings?

How do we stop our oldest from waking the baby?

How can sleep help my child during the day?

My baby is visually impaired – how do I help them sleep?