Is my child asleep or awake when he is having a sleep terror – and how long do they usually last? 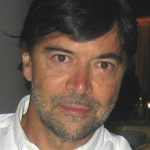 Is my child asleep or awake when he is having a sleep terror – and how long do they usually last?

Sleep terrors usually occur in children aged 4 to 12 years and tend to stop on their own during adolescence, but can occur in children younger than 4 and older than 12. The episodes typically happen during the first third of the sleep period (night or nap). During a sleep terror, children typically appear agitated, usually sit up in the bed and are unresponsive to others trying to console or communicate with them, as they are actually still asleep. They are also often inconsolable and difficult to wake up. If they are woken up they will probably be confused and disoriented. Children may report general memories of threats (monsters, spiders, snakes, etc.) and feeling like they had to defend themselves.

Another thing to know is that during a sleep terror your child is not dreaming and in the morning will have likely have no memory of the event (unlike a nightmare). The episodes are usually brief, lasting 1-2 minutes, but they may last up to 30 minutes or longer. Typically, children do not remember the events and do not report dreams or nightmares but might have a vague sense of frightening images – like those monsters or spiders mentioned above.

A video recording of the episode is extremely helpful to your health care provider to decide if your little one is having sleep terrors or something else.

So, other than check with his health care provider, what should I do if my little one has sleep terrors?

If your little one has sleep terrors, watch him to make sure he is safe but don’t interact with him. Interacting with him – even just saying his name – can actually make it worse. Even though it may be scary to watch, just let the sleep terror run its course while making sure he is safe. You can also try having him get a bit more sleep – moving his bedtime earlier can help. Also, try to keep things as consistent as possible. Things like not getting enough sleep, disruptions in schedules, and/or being sick can trigger sleep terrors.

Are some children better sleepers than others?

When can I stop worrying about SIDS?

Warning: count(): Parameter must be an array or an object that implements Countable in /home/customer/www/babysleep.com/public_html/wp-content/themes/babysleep/functions.php on line 2393
Dr Erin Leichman

When is bed-sharing, a form of co-sleeping, extra risky?

How can I get my baby to nap longer?

How can I get her attached to a lovie?

My toddler wakes up multiple times a night. What do I do?